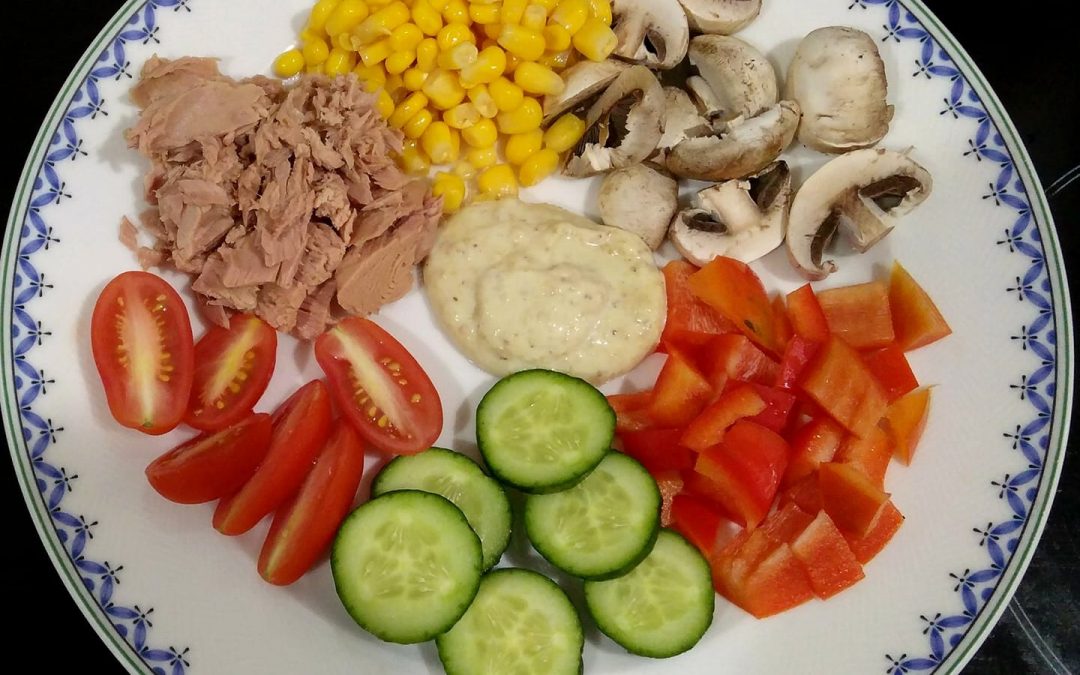 I woke up feeling a bit flat this morning and was craving something salty and savoury. I walked into the loungeroom and spotted a giant packet of potato crisps that my flatmate had bought. I was so tempted to just rip that packet open and devour them for breakfast. No effort required. But I decided I should at least attempt to get some nutrients into me. And in less than 5 minutes I had this on the plate.

Yes, there is corn on the plate. Tinned, non organic and likely GMO. And yes .shock, horror .that is tinned tuna. Because eating well isn’t about perfection. It’s about eating foods that provide us with a range of nutrients, and making better choices at those times when the ease of a packet of crisps is all too tempting.

I’m still going to have some crisps. but now it’s going to be a small handful, not the whole bag. So by all means allow yourself the odd “infraction” (unless of course you are working on intensive healing, at which point you really do need to be diligent). But be sure that you are getting plenty of nutrient rich food in your diet each day to fuel your body and brain. As a wise woman once said to me “ninety percent of what I eat is for health, ten percent is for being human”